In the Heart of Rome

Residence Parco Salario, in the heart of Rome, not far from Parioli and Salaria Road, in prime position to quickly reach commercial and cultural areas of the Eternal City. 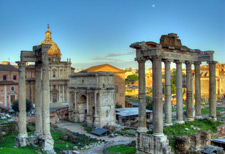 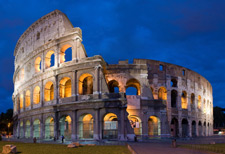 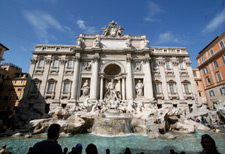 All the apartments, studio flats, two, three and four-room apartments, are very bright , thanks to large windows. Endowed with one or two bathrooms, large fitted terrace ... 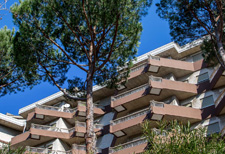 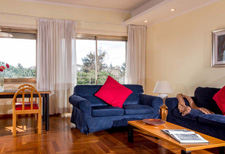 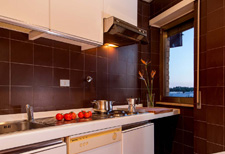 The Residence is perfect for business stay thanks to many services for businessmen and to convention with a lot of companies in the Region and in all the country. 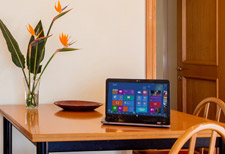 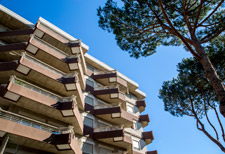 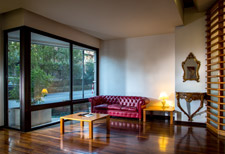 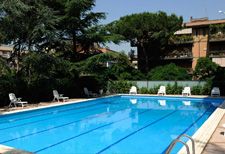 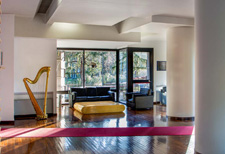 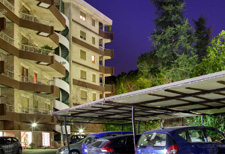 Rome is a center of art, culture and business and above all it is the cradle of Italian civilization. The history permeates every corner of the city. The center of Rome is easily accessibile from our Residence with main public transport and there are many monuments and places of historical interest to visit: 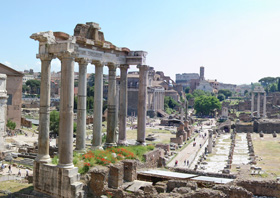 The Roman Forum, located on the homonymous street in a striking position between the Flavian Amphitheatre (Coliseum) and Piazza Venezia, represent one of the most important tourist attractions of the capital: representing, in Ancient Imperial Rome, the main place of public life and private. These mainly consist of a series of monumental squares built between 46 BC and 113 A.D. in the heart of the city of Rome by the emperors. 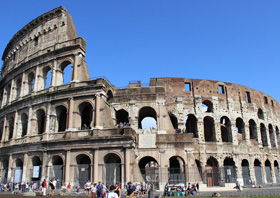 It is a beautiful, unique architectonic complex, built in A.D.72. Its original name is Flavian Amphitheatre. Originally capable of seating 45,000 spectators, it was used for gladiatorial contests and public spectacles. 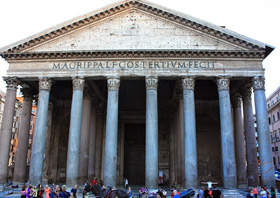 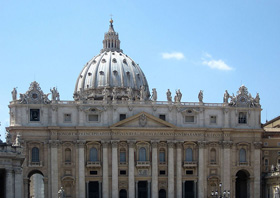 It lies inside Vatican City and dominates Saint Peter's Square. Founded in 324 by Constantine emperor, it is the largest church build in Christianity. What makes the basilica unique is its dome, very famous all over the world. 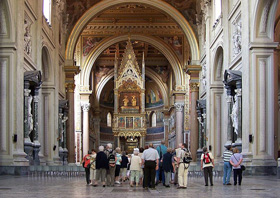 The Archbasilica Lateran or the Lateran, better known as St. John Lateran, the cathedral of the Diocese of Rome and the official ecclesiastical seat of the Pope, contenendovi the papal chair or the Holy See. The basilica and the large complex surrounding while rising in the territory of the Italian Republic, enjoy the privileges of extraterritoriality recognized the Holy See. How bishopric of Rome, Saint John hosts great liturgies, and was formerly the main goal processions of papal Rome. 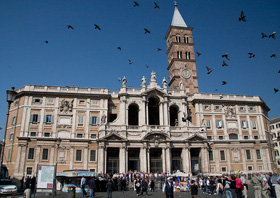 The Liberian Basilica is the only church in Rome built in various architectural styles. The nave and columns are the remains of the original 5th century structure. The marble floor and the Romanesque bell tower, decorated with blue ceramics, were built in the Middle Ages. 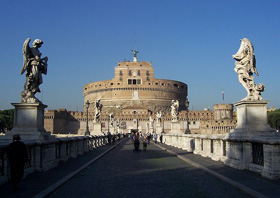 Usually known as the Mausoleum of Hadrian or the "Castellum Crescentii" in the 10th-12th centuries, it lies on the right bank of the Tiber, in front of the Ponte Sant'Angelo and not far from the Vatican. It was started in 135 by the Roman Emperor Hadrian, as a mausoleum for himself and his family, inspired by the Mausoleum of Augustus, and completed by Antoninus Pius in 139. 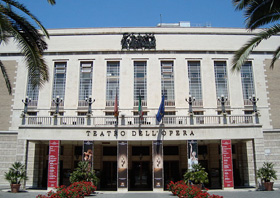 The Rome Opera House is the Roman theater dedicated to opera and ballet; is also known as the Teatro Costanzi, named after its creator, Domenico Costanzi. In 1926 the City of Rome bought the theater and took over the management. The restoration work was entrusted to the architect Marcello Piacentini, which increased by one the three tiers of boxes and original did install an extraordinary crystal chandelier from Murano, now considered the largest in the world. 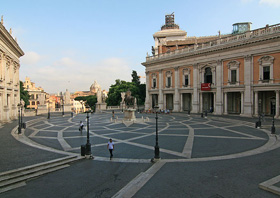 The Capitol Martius (Sistina) is one of the seven hills on which Rome was founded. the name of the hill is probably derived from the temple of Jupiter (Capitolium), or temple of Jupiter Optimus Maximus, or Jupiter, dedicated to the Capitoline Triad (Jupiter, Juno and Minerva), which formerly occupied the second Sommit & agrave; and it was only an altar. The Capitol is also home to the City of Rome. 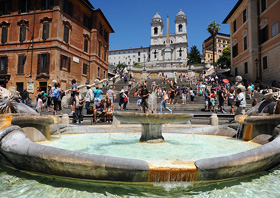 Marvellous square in Rome, it is dominated by the Spanish Steps. From this square start some of the most known streets of Rome. The monumental stairway, of 135 steps, was built with French funds, in 1723–1725, linking the Bourbon Spanish Embassy to the Trinità dei Monti church. 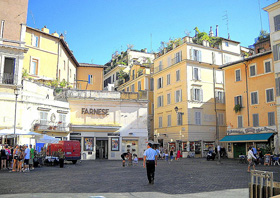 Campo de 'Fiori is a square in Rome, between via Giubbonari and the square of the Chancellery, the borders of the Parione and Rule. Up to four hundred square did not exist as such, and in its place there was a flowery meadow with some cultivated gardens, hence the name. Since 1869, the square is home to a vibrant and colorful market and is the only historic square in Rome, where there is a church. 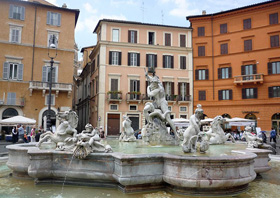 It is one of the most beautiful and famous squares of Rome, where tourists come to admire the masterpieces by famous masters of the Baroque art, like Borromini, Bernini and Della Porta. 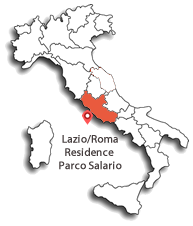 Check out the special offers that the Residence Park Salary periodically offers. Do not miss this opportunity!

Take advantage of our last minute missed. Please come to Rome for a relaxing or business trips.

A few miles from the highway A1 and A24

47 km from Fiumicino Airport and 28 km from Ciampino

1km from the train station of "Nuovo Salario"

86 km from the tourist and commercial port of Civitavecchia

A few subway stops to the center of Rome

Close to the major shopping streets in Rome

Ancient history that lives between museums and ruins

Cradle of many artists and cultural events

For those who live in Rome at night

The Roman cuisine rich in flavors and colors